A downloadable game for Windows and macOS

Enter a strange reality. Find yourself. Get RETRO.

can u try to make a linux version plz?

Hi team, do you have an email address that I can privately contact you on regarding your game?

i have an chrome os and i have sure i cant download this but y?

i have a mac, and when i tried to open [retroHOT_win.exe] it said: Microsoft windows applications be opened on a Mac. do you know how to fix this?

if you have downloaded the mac version then try to uninstall it and reinstall it again. if u havent then you know what to do

this is way to hard and why arrow keys to look around?

because retro games use arrow keys for looking around

Way to hard! And instead of using arrow keys can you make it so that you look around with the mouse.

Thanks for your feedback!

This game has created in 2 days only,  but later I might turn into a full project and I'll polish all those little problems :)

it says its stopped working when i open it....

I cannot get this to run on my laptop.

The columns create invisible walls (especially if there are two of them together). Sometimes the dead bodies create invisible walls above the body. When the third gate opened up, the game when freeze in certain areas and in certain positions. One cannot rotate all the way around after that without being frozen and one cannot walk to certain places.

Don't get me wrong, this is a good game. Just take a look at everyone else's comments. However, it is buggy and I hope that the bugs one day get swept out.

This is a really fun game and gives me a great feeling of nostalgia!

I mention a few of the things I would like to see improved but overall the game was really fun and you should all check it out!

Nice video, thanks!
The hit box problem is something that really needs to be fixed to make the game more enjoyable, I'll work on that

Pretty neat. It captures the satisfying feeling of shooting in Superhot really well.

Great game, I'm glad to hear you're looking at mouse controls.  Even without, it's still a lot of fun to play. =)

Nice game I enjoy playing it, so I decided to make a small review I hope you don't mind.

Thanks, I liked it and posted about it in my twitter :)

I really enjoyed this and I think the controls are fine! My only complaint is the text bozes at the start that pop up and pause the game while they're there. It's such a minor thing but it makes dying very frustrating and they don't really tell you anything useful. They should at least stop displaying after the first time you've seen them. It would be nice if the bullets were easier to see as well, maybe they should be a different colour/shape? The music could also use a little work,  it's very messy sounding.

But yeah, it controls well, it's fun and the Superhot concept translates to the early 90s FPS style really well! Great work :)

it would be nice to change the controls

really HOT! only a controlling with the mouse should be integrated.

Ok I will try to add mouse support soon

cool! thank you! the game is really cool!

Ok I will try to add mouse support soon 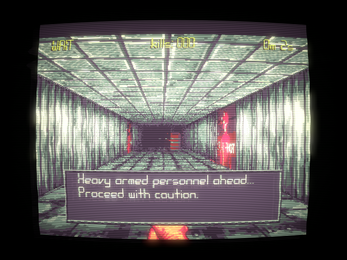 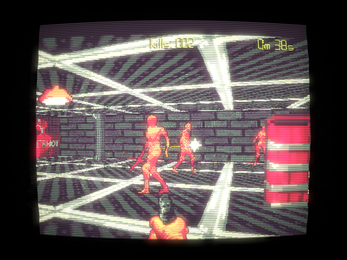 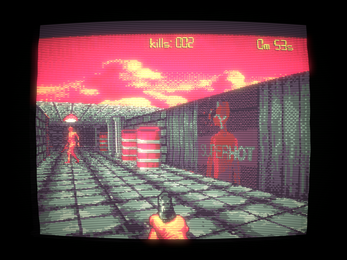 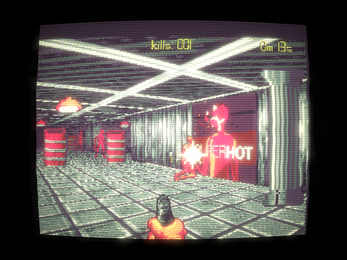